It’s official – we’re back! You may have seen us training outdoor in the sun, wind, and rain over the last 6 months but Autumn is here and so it’s time to go indoors once more. This is one more step towards resuming normal training, and a very welcome one!

We’re shaking up the way we do things. We’re offering a free taster session to anyone interested, just sign up to book a day! Kids’ sessions are on Sundays at 1pm, Adults’ sessions are Thursdays from 7pm and Sundays from 2pm.

All training is organised in line with the government’s COVID-19 safety guidance.

There is just one week to go until we start accepting new members at our training sessions in the park!

Starting on Sunday 2nd August we will run beginners’ sessions every week in Ford Park, Ulverston. Every single session will be free of charge until we get back into an indoor venue, so until then just come along, have fun and learn something new at no cost to yourself.

I’m sure it’s no surprise to anyone, but we won’t be training for the next while. We had a week of agonising whether to close the doors or keep training, but in the end caution won out. Whenever there is any doubt, there is no doubt. When we come back we’ll be ready to accept a new beginners’ intake, do an in-house grading, and try out whatever wacky training methods my cabin-fevered brain has cooked up in the meantime.

Well it’s January, which is usually a time for reflection and for looking to the future. In our case it seems odd to do a retrospective of the year, given that the club hasn’t yet seen its first birthday, but the holidays are still a convenient time to look ahead and plan for the year ahead. I think this year’s going to be an exciting one for the club; we’re out of the “just getting started” months but we’re still growing and maturing, we’re not yet at the “business as usual” stage. Here’s a glimpse of what we’ve got planned:

One thing we’d like to do this year is continue to take on more new members. We have a strong core of members, enough to have a good mix of training partners, but there’s always room for more! We’ll be running a new intake in February, plus a few more as the year goes on.

We’d also like to apply for some grant money this year, to buy a couple of sets of club armour. If we can do that, it will allow people to start kendo much more easily and cheaply. Even if it’s only a couple of sets, that would still be a huge difference for the club. 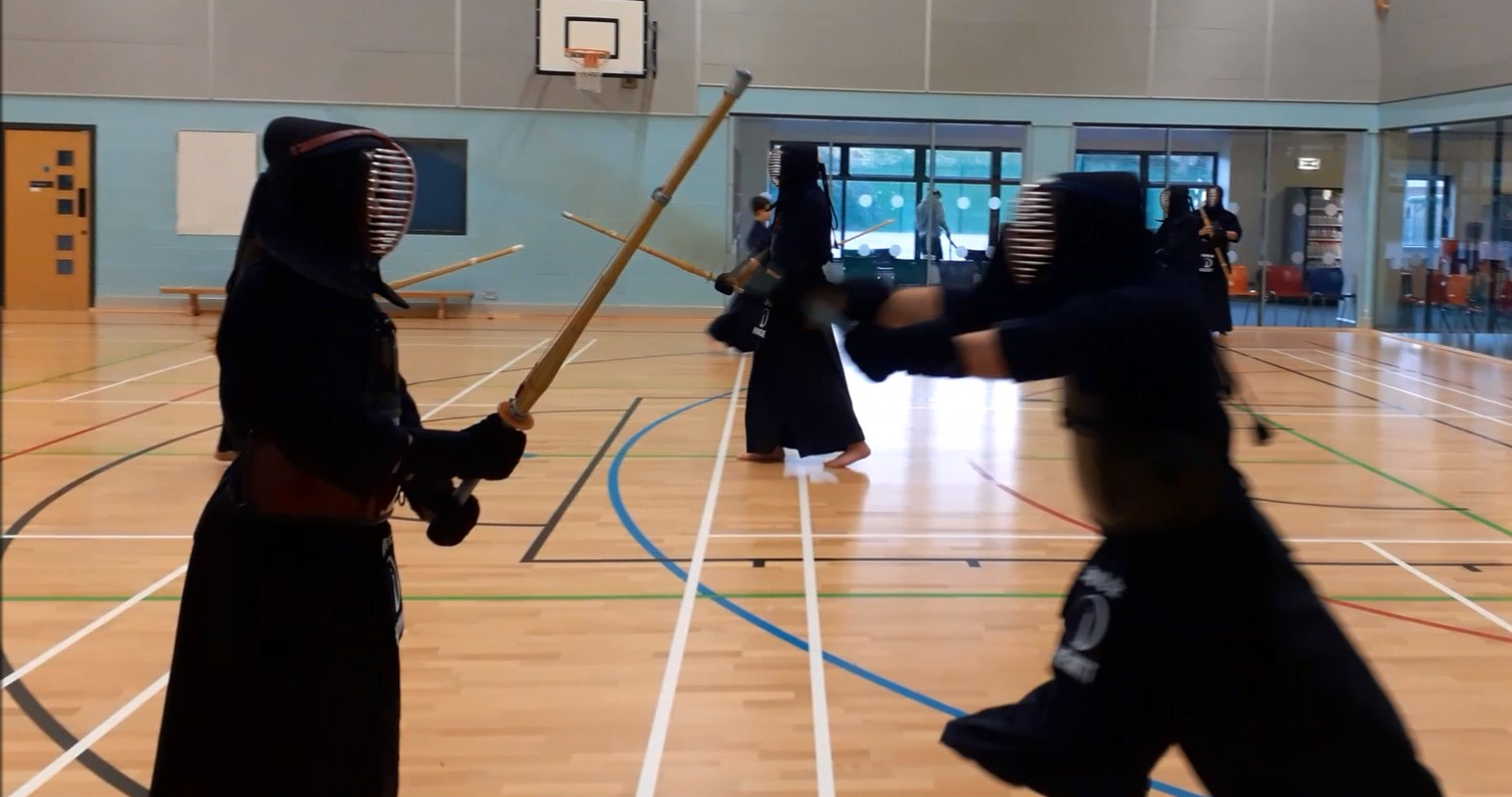 Many of our members have been in armour for a little while now and are starting to get reasonably comfortable with the sparring side of kendo. I consider competitions to be a very useful tool for improving and learning, so this April (one year after the club first opened its doors) we will be taking a team to our first-ever kendo competition! I don’t imagine we’re likely to win or do particularly well, but it’s a huge milestone in the development of the club and I can’t wait. Hopefully this will be the first of many!

As well as competitions, we have a few members who will likely be ready for their first official grading this year. We run in-house gradings every few months but after a certain point, the only way to progress is through BKA-run grading events. There are a couple this year that I’ve got my eye on, depending on when our members are free. Everyone’s put in loads of good work and made great progress so far, it would be great to see all that work recognised.

I have my own new years kendo resolution this year, which is to travel a lot more for training. Last year a lot of my kendo “thinking space” was taken up by getting the club established and running so sometimes my own kendo got a bit neglected. This year, at least once per month, I will travel to other clubs or to events and make sure I’m getting training with people better than me. Not only will this help me on the road to Yondan, it will also help me to steal drills or training methods from other sensei – which will be good for the whole club.

We’re at the stage now in the club where some of our members are doing jigeiko, and starting to get used to it. And we also have several people still working their way towards bogu (soon, I promise!) who often act as spectators during the jigeiko, so they can see what they have to look forward to. Often after jigeiko, someone will approach me and say something like “who won?”, and I usually end up mumbling some non-answer that’s not very satisfying.
The reason I have difficulty answering is: no-one wins in jigeiko. Jigeiko is not shiai, shiai is not jigeiko, and I think it’s worth spending a bit of time outlining the difference between the two.

What is shiai?
Shiai is competition kendo. The word “shiai” means “to test together”. A shiai refers to a situation where two kenshi test out their kendo by trying to apply it to someone who’s trying to stop them. Often, shiai happens at a tournament so there’s an incentive to win – if you win you get more fights, and possibly even a medal! In shiai we keep score. We need to know whose kendo was stronger on the day, so we keep score and by the end we know exactly who has won.

What is jigeiko?
Jigeiko is sparring. Keiko (or -geiko if it’s used as a suffix) means training or practice, so jigeiko is not a competition. If I’m in jigeiko and I attempt a men cut, I’m not trying to beat my partner – I’m trying to practise men. In the same vein if my partner catches me by surprise and is about to land a solid cut on me, I won’t block in jigeiko. Why should I? If all I can do is block then I’m as good as admitting that they had the advantage over me. Better to let my partner practise finishing the cut rather than preserve my ego by blocking last-minute.
Jigeiko is when we work on the bits of our kendo that need work. If I treat it like shiai, if I just try to win, then I’ll only use the techniques that I’m good at – what’s the point of that? Far better to try things that I’m rubbish at, to hopefully be less rubbish next time.
So you can see why I struggle to answer the question “who won”. If both people are pulling out their weaker techniques, and both are accepting strikes that they technically possibly could have blocked, the question “who won” starts to become very difficult to judge.

Now, that’s not to say there’s no crossover between the two! Shiai-geiko is competition practice, and it’s exactly as it sounds. Two people fight as if they were at a competition, including keeping score. Sometimes there’s even a whole mock tournament taking place, so you have the same incentive to win and continue fighting. This is usually done in the run up to a competition, with the intention of practising our shiai-style kendo before the event. It’s unlikely to be the norm in most dojo.
But what about enjin-geiko? This is something you’ve seen before and will hopefully continue to see at most of our sessions in the future. During enjin-geiko we fight each other, and as soon as a point is scored the “loser” steps out and is replaced. This might lend itself to a shiai-geiko mindset, but at our level it should really just be done as jigeiko. The score-keeping aspect isn’t a reason to start trying your hardest to win, it’s more of a system of immediate  feedback – this cut was good enough, that cut wasn’t.

Jigeiko and shiai are both very useful training tools, but we need to approach them correctly. Treating jigeiko like shiai (or vice-versa) is just going to slow your progress. Don’t mix your exercises – know what you’re doing and do that.